Back-to-school means teens behind the wheel

My daughter isn't eligible to get her driver's license until October, but despite the two months and back-to-school period between now and then, she's champing at the bit to know if she'll be able to drive herself to school. 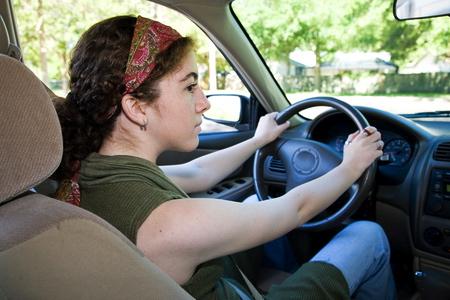 At the regional high school my daughter attends, juniors aren't allowed to drive and park a vehicle at the school until the spring. That's when the seniors leave  to complete their internships, and only then, in April, are juniors allowed to park in the "senior" parking lot.

If you're guessing that every April is a scary time on the road where I live, you'd be right. Inexperienced teens with access to cars, minivans, and trucks, fly out of the high school parking lot each afternoon -- after arriving late and in a hurry each morning -- their inexperience matched only by their  excitement and sense of freedom.

To that end, the statistics cited in this link about teens driving to school are alarming. But since teens will, and must, drive and learn from their experiences, what can we do as parents? Even if juniors weren't allowed to drive to school in communities such as mine, they can do so only a few months later when they become seniors (that's assuming they have access to a vehicle, which is a whole other topic for discussion).

What do you think? Do you have a teen who'll be driving to school this year? Are you the parent of a teen who's already been doing so? According to the article cited above, parental involvement -- including steps such as having teens sign a "driving contract" -- is key.

Tags:
After-School Back to School Health and Fitness High School Parent Involvement
How to Help your Child Make Math Connections
How to Help Overweight Students Navigate Back to S...

What if my Child Can’t do the Homework?

A New Year's Wish for Parents of School-Age Kids