9th Grade Sex Ed Survey: What Would You Do? 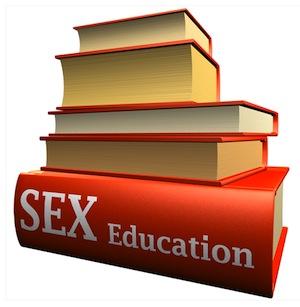 What would you do as a parent in this situation?

A teacher at Rio Rancho High School in New Mexico who passed out a voluntary, anonymous sex survey to students in a 9th grade biology class, has been placed on leave until the school system conducts an investigation, according to a recent report on the Huff Post Education site.

The survey, which was reportedly passed out as a way to teach students about sexually transmitted diseases, asked students to report anonymously if they were sexually active and to list the people they’d recently kissed. Parents were not informed about the survey before it was administered to students.

A follow-up story posted on KOAT.com, the website of an Albuquerque television station, included comments from current and former students at the school who say that the survey has been around for years, and that numerous other 9th grade classes have completed the survey over the years.

Regardless of the eventual outcome in this situation, how would you react if such a survey—voluntary and anonymous— was given to your child by a biology teacher?

Seems that few subjects get parents as riled up as sex ed. Remember when we brought you the story about the new sex education mandate in New York City public middle and high schools?

Problem is the schools have a high teenage pregnancy rate, which education officials are hoping to reduce through the mandated sex education curriculum. New York City Department of Education Chancellor Dennis Walcott recently said, "A significant percentage of our teenagers have had multiple sexual partners, so we can't stick our heads in the sand about this”

Many parents feel it's their job to discuss sexuality and teen pregnancy with their children, but what happens to those teens whose parents are too uncomfortable to broach the subject of sex? Education officials, in New York anyway, say that's where classroom-based sex ed comes in.

Parents and guardians, what do you think? Please let us know by commenting below.

Politicking for a Teacher

#2 Joanna Craze 2011-11-28 15:48
I think it is a great idea. Most parents don't talk to their children about sex until it is too late. I had already had sex multiple times before my mother even brought it up. i learned from other kids and unfortunatly they didn't know what they were talking about either. I had the sex talk with my daughter when the questions got too numerous (a few times a week) and I couldn't just brush them off with "You will learn when you are older" at around 8 we had a talk about sex complete with pictures. She knew boys and girls were different so I showed her how different. She saw how babies were made and it really cleared up a bunch of things for her. Of course she thought it was pretty gross, but I left it pretty much a physical explanation. Now that she is getting older I am starting to teach her a little more of the emotional aspect of sex. I think it is important for her to know that sex is more than 2 people with their clothes off "doing it". It is a highly emotional experience and she needs to feel comfortable saying NO when her emotions day she isn't ready. I personally lost my virginity in 9th grade and I think if parents aren't going to talk to their kids about it... then the schools definitly should. It cannot be ignored. But I do think that the parents should have been notified in advance.
#1 Stacie 2011-11-18 02:15
I think it's ok however, a notice should have gone home to the parents explaining that it is annonymous and voluntary, and it should have explained the purpose, as well as pointed out that it has been done for many years. I also think the results should be shared so the parents can be informed and the parents should be allowed a meeting to discuss the findings. BUT I do NOT think they should list the names of the people they've kissed.
Refresh comments list
RSS feed for comments to this post