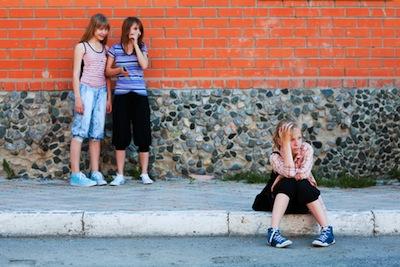 This week, you may have heard about results of a new studying on bullying released by the U.S. Department of Education. The study was commissioned by the feds to gain information about the existence and strength of bullying laws and policies in schools districts in all 50 states.

The results of the study are decidedly mixed. While most states and school districts today have some form of anti-bullying measures, some don't go far enough—or carry much weight when it comes to enforcement or punishment.

“Every state should have effective bullying prevention efforts in place to protect children inside and outside of school," said Secretary of Education Arne Duncan, in a statement issued Dec. 6 when the study was released. “This report reveals that while most states have enacted legislation around this important issue, a great deal of work remains to ensure adults are doing everything possible to keep our kids safe.”

Called the Analysis of State Bullying Laws and Policies, the 200+ page pdf of the report is available here for those who'd like to tackle the government tome. For the rest of us, SchoolFamily.com has done the heavy lifting, culling the most important details and presenting them here for our readers.

The defining moment for the beginning of state bullying legislation and school district policy on bullying began right after the horrific shootings at Columbine High School in 1999. In fact, due to the events at Columbine—and in relation to a local bullying-related suicide—the state of Georgia became the first state to pass legislation requiring schools to implement bullying prevention programs. From there, the following breakdown shows how others states have responded with their own policies, according to the study:

It’s also worth noting that as of April 2011, Texas was the only state without any requirement for schools to create bullying or harassment policies. That changed in June 2011, when Gov. Rick Perry signed legislation requiring Texas public school districts to create and adopt formal bullying policies.

Key Findings of the Study: What's Up With Bullying Laws in States?

The Department of Education’s study noted that the most recent survey on school violence and student safety is one conducted by the National Center for Education Statistics (NCES). That survey measured the frequency of bullying at schools as reported by school administrators, and came up with these findings:

The NCES survey also measured how often students ages 12-18 were the target of bullying during the past school year:

The NCES survey reported that 4 percent of students age 12-18 reported having been cyber bullied in the year prior to the study. In addition, according to other related studies, up to 20 percent of all students age 11–18 may have been cyber bullied at some time. And in a 2010 study, the same percentage of students—20 percent—reported having been involved in the cyber bullying of other youths.

Being Teased and “Ignored On Purpose”

Earlier studies show a correlation between bullying and poor psychosocial adjustment in children, according to the Analysis of State Bullying Laws and Policies. A 2001 study showed that students who were bullied had difficulty making friends, experienced poorer relationships with peers, and felt an increased sense of loneliness.

Other research shows that bullied students have increased anxiety levels, psychosomatic symptoms, and experience higher rates of eating disorders and aggressive-impulsive behavior problems. Youths who are bullied have also been shown to be at greater risk of developing poor self-esteem, depression, and suicidal thoughts and attempts. Studies show that children who are chronically bullied have lower academic achievement and higher rates of truancy and disciplinary problems.

For complete details on the Analysis of State Bullying Laws and Policies study, visit the study at ed.gov.

Use Estimating Fun to Educate