Are Your Teens Using "SelfControl"? 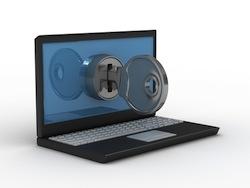 At SchoolFamily.com, we offer parents lots of information about keeping kids focused on their schoolwork, and staying (or getting) motivated. We also offers ways to help parents set limits on the time their kids spend in front of a screen, be it a computer screen, a video-game screen, or that of a cellphone.

Now, it seems, some teens have found a way do some self-limiting all on their own.

An app called SelfControl, developed by an artist named Steve Lambert, allows users to completely block online items they don’t want to be distracted by, such as their email accounts, websites, and, in particular, social media sites. The app allows them to block access to these accounts for a specified amount of time—and lots of teens are using it. Best of all, they say, it can’t be hacked and opened.

“You cannot unlock it once it’s on,” said a 16-year old girl I recently spoke with. Asked why—and when—she uses the app, she explained, “I put it on for two hours when I’m doing homework, and it blocks my email, Tumblr and some other websites.”

How does SelfControl “know” which sites or email accounts to block? “You put things on a ‘blacklist,’” the teen explained, “and those are the programs that are blocked.”

The app’s icon is a black spade with a skull and crossbones in the center. While it’s by far the most popular self-limiting app out there, it’s not the only one. Teens—and adults, for that matter—can use SelfRestraint, Quiet, and StayFocused, to name just a few.

While it’s not necessarily a bad thing that teenagers are using these high-tech tools to limit their own online behavior, it’s disconcerting that the need for such software even exists.

Oh, and as for that teenage girl I recently spoke with? She’s my daughter. Are any of your kids using these apps?