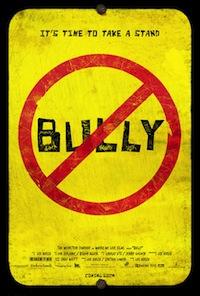 Editor's note: We first brought SchoolFamily.com readers news of the controversy surrounding the rating of "Bully," a new documentary being released this Friday. Here's an update on the very latest about the film.

Hollywood filmmaker Harvey Weinstein has carried through on his threat to release “Bully”—a documentary on bullying produced by his company— without a rating after butting heads with the Motion Picture Association of America (MPAA) over the association’s “R” rating of the film.

At issue is offensive language used in the film. During a bullying scene caught on camera, one student reportedly threatens another student, using the “F” word 6 times. This language, the MPAA has said, met its requirements for an “R” rating.

Weinstein, co-owner of The Weinstein Company (TWC) with his brother, appealed to the MPAA about the “R” rating earlier this year, requesting a “PG13” rating instead, but the appeal was denied. After that, Weinstein publicly threatened to release the film without a rating.

In turn, the National Association of Theatre Owners (NATO), a membership organization for the nation’s theater owners, issued its own threat, warning Weinstein that if he released “Bully” without a rating, it would urge its members to give the film an NC-17 rating, which is even more restrictive than “R.”

John Fithian, president and CEO of NATO, wrote to Weinstein in February, warning him that, “if you decide to withdraw your support and participation in the rating system, and begin to release movies without ratings, I will have no choice but to encourage my theater owner members to treat unrated movies from The Weinstein Company in the same manner as they treat unrated movies from anyone else.

“In most cases,” Fithian’s letter continued, “that means enforcement as though the movies were rated NC-17 —where no one under the age of 18 can be admitted even with accompanying parents or guardians.”

Parents: What do you think of this latest news in the “Bully” controversy? If the unrated film is shown at local movie theaters, will you let your tweens and teens see it? Conversely, if local theater owners choose to rate the film NC-17, will you protest the ultra-restrictive rating? Please comment below and let us know. And follow the conversation on our SchoolFamily.com Facebook page.

“Bully” opens in New York and Los Angeles this Friday, March 30, and on Friday, April 13 in Chicago, Philadelphia, San Francisco, Boston, Seattle, and Minneapolis. TWC is holding a contest on the “Bully” website, inviting members of the public to request that the film be shown in their cit. Entrants click on “Demand it ©” and add their zip code. The top 10 cities, based on entrants, will see “Bully” and have a meet-and-greet with the director, Lee Hirsch.

There has been widespread support of the film, and the filmmaker’s demand that it receive a PG13 rating, among politicians, celebrities, and teens—one of whom created an online petition, which garnered close to 500,000 signatures. However many parents across the country remain torn about whether their children should see the film.

If theatre owners choose to follow NATO’s recommendation to rate the film NC-17, even fewer students will be allowed to see the film.

One major film chain—AMC Theaters—has already announced it will show the film unrated. AMC CEO Gerry Lopez reportedly said, “AMC will show this movie, and we invite our guests to engage in the dialogue its relevant message will inevitably provoke.

And according to one news report, a representative from The Weinstein Company said TWC doesn’t believe theatre owners will opt for the NC-17 rating.

"We believe theater owners everywhere will step up and do what's right for the benefit of all of the children out there who have been bullied or may have otherwise become bullies themselves," said Stephen Bruno, TWC’s president of marketing, adding that TWC will make the film available to schools and teachers across the country.

Print and Use Tools for School Families

Can parents be at school too much?

Thanksgiving Wishes, Jokes and a couple of activities for the kids...