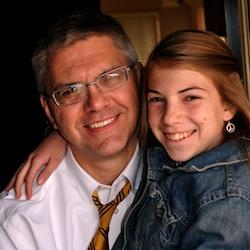 Fifth grade is American History year. And four years ago my oldest daughter’s class (then 5th grade) had planned to visit Washington D.C. to tour the National Mall and a few historic sites. The problem was that the “group” plan for the class to travel was going to cost more than $2,000 for my kid—and nearly $3,000 for the chaperone! (And no way was I sending my 5th grader on a trip like that without a parent!)

We weren’t allowed to use air miles or hotel points, we wouldn’t be able to eat our own choice of food, and the hotels booked would be four kids to a room and no guarantee they wouldn’t be co-ed. Um. Yeah? NO.

Instead we put together our own “American History Washington D.C. Tour.” (And my favorite part of the whole experience? It was a Father-Daughter excursion!)

The whole thing cost less than $700 for both of them for over a week, skipping the expensive (yet cheaply done) group tour.

My husband also turned it into a “learn how to use public transportation” excursion. They flew in to Baltimore, took AMTRAK to Washington D.C., and then used subways and buses to get around the city. Best of all, he allowed the 11 year old to map out their daily jaunts and determine the best transportation routes each day!

Her favorite part of the trip was seeing the actual Declaration of Independence. She couldn’t get over that it was the REAL document! They also stumbled upon so-called “Embassy Row”—where all the foreign embassies are located—and found that all the embassies had opened their doors to the public that week! They were allowed inside the Italian Consulate (all the Italian marble, ooh la la), and the London Embassy gave out small Union Jack flags (which they brought home to the younger siblings).

Now, here we are four years later. My middle daughter is now in 5th grade and she’s having none of our “It was a one-time thing” business about her sister’s father-daughter trip. Oh no. This tradition has officially begun! (That's her and her Dad in the photo, above).

She’s super excited about HER trip to D.C. this year! And yup, again it’s Dad doing the honors. (Maybe Mom will get to take the boy child in three more years?)

We’ve been planning the trip for months now. (You have to get permission way in advance to go inside many of the government buildings.)

The father-daughter combo is making it as educational (and fun) as possible. With tours of the White House and Capitol planned, all the national mall time they can stand, and even a trip out to Mount Vernon (bonus!) And it turns out that the Yankees are in town to play the Orioles so even they figured out how to fit that in too!

And yes again they will be mainly using public transportation to get from point “A” to the Lincoln Monument.

Their trip will span the weekend of Easter, which is a little weird, but we decided it was worth it. An unforgettable trip with her Dad, while the rest of us enjoy our own fun weekend with Easter treats and celebrations, seemed WIN/WIN.

The biggest bummer is that the cherry trees around the Tidal Basin will have already bloomed by the time they get there in early April, due to the early spring back East.

Good thing the monuments are fun to see in any season!

What types of “educational travel” have you taken with your kids?