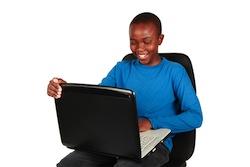 Word leaked this week that Facebook may be lifting its policy banning kids 13 and younger from opening an account, adding to the social media titan’s already registered 900 million monthly users.

The accounts for kids 13 and younger would require parental supervision, possibly by linking to a parent’s Facebook account, and/or limiting who kids can “friend” without parental approval. Some, however, say this is meaningless since it’s estimated that 7.5 million preteens and ‘tweens already use the site.

What do you think? Some parents say “no way!” Others argue that a Facebook account for a ‘tween is no different than any of the popular apps kids download on their computers and phones—and according to a 2010 Kaiser study, 69 percent of 11-14 year-olds have cell phones!

Should Your Child's School Have the Right to See Her Facebook Page?