A Fun “Mental Math” Addition Game for Summer (or Anytime) 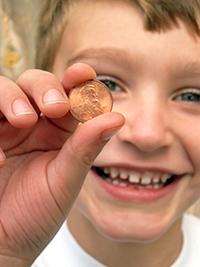 Summer is a great time to practice improving “mental math” skills through games. The "Counting On" game is a great activity that uses visual, auditory, and hands-on techniques to help your child instantly solve addition within the numbers 1-10. This falls neatly in line with Common Core State Standards, and can be played indoors or outdoors, rain or shine!

The “Counting On” strategy helps a young child count forward from an existing number to arrive at solutions faster. Often, when young students are asked to solve a problem, they go back and start at “one. “ For example, if asked “What is 5 + 3?” a child will put up five fingers on one hand, three on the other, and count from one to five then six, seven, and eight, and say “eight” to answer the question. The “Counting On” game teaches a child to start from a specific number, and “count on” for a solution.

The faster young students can use “mental math” to solve addition problems, the better they will understand good problem-solving strategies. Check back next week for an easy “mental math” subtraction activity!

Plugged In at Summer Camp

#1 Faith Based Soical Site 2013-06-16 01:50
Great.. I may try this with my kids. I have four boys and with summertime I will be using all the activities I can find to keep them busy. Thanks
Refresh comments list
RSS feed for comments to this post