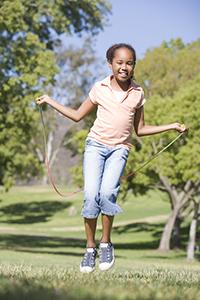 “Play is the work of childhood,” Jean Piaget, a noted psychologist, once said. Fall is a great time for young children to still enjoy the “business of playing,” outdoors. It’s also a time to easily put some learning fun into classic outside games. Here are three beloved childhood games, with an added educational spin.