Teens and Marijuana Use: What Parents Should Know 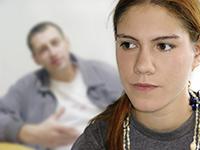 When students smoke marijuana, they typically do not do well in school. I was curious about whether the recent state laws legalizing marijuana for recreational use have affected the number of teens who smoke it regularly. A recent study published in the Journal of Adolescent Health analyzed the results of the Youth Risk Behavioral Surveillance Survey taken before and after the laws were passed. This study determined that the use of marijuana by teens did not change significantly after the laws came into effect. What surprised me, though, was the number of students who report using marijuana in the last month is around 21 percent—two out of every 10 students!

Many teens feel that marijuana helps them deal with the stress of being an adolescent, and it is not dangerous. There is a lot of research that suggests otherwise. Marijuana affects the hippocampus, the part of the brain where certain types of learning occur. This can lead to problems studying and learning new things, and it affects short-term memory. Recent studies show that regular use causes a significant drop in IQ which does not come back after quitting. Marijuana also affects the cerebellum which is the control center for balance and coordination. This causes poor performance in activities such as sports and driving. The third area of the brain that is impacted is the prefrontal cortex, where high level reasoning and problem-solving occur. This explains why people under the influence of marijuana can make poor decisions and engage in risky behaviors.

The effects of smoking marijuana start quickly and last for several hours. Long-term use may impair brain development and lower the IQ. If your child changes from a sweet, cooperative teen who cares about himself and others into one who seems more argumentative or paranoid, it is possible he is smoking marijuana. Other signs are a sudden drop in grades and uncharacteristically poor hygiene. (For more information, see NIDA for Teens.) If you suspect your child might be using, it is important to find out. The first step is a visit to his doctor. Once you know, you can get professional help for your child to help him learn to cope with normal adolescent stress in healthy ways.

See Help Kids Learn To Manage Stress for ideas about healthy ways to deal with stress.

What Do Standardized Test Scores, and Percentiles, Mean?

What Does Your Child’s “Grade Equivalent Score” Really Mean?