School Bullies: Some Things to Ponder Over the Summer 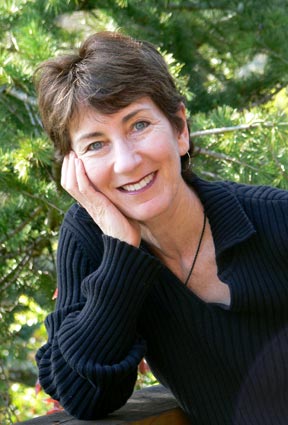 Excited to have Annie Fox as a guest blogger this week. Annie Fox, M.Ed. is an award winning author, educator, and online adviser for parents and teens since 1997. Check out her new anti-bullying forum, Cruel’s Not Cool!

A master teacher once pointed out to a group of student teachers: "If you’re not modeling what you teach or what you say you want kids to learn, then you sure as hell are teaching something else!"

Bullying is a systemic problem. Put downs, gossip, snarkiness are all pretty much the air we breathe. Yet when we see or read about mean-kid behavior we’re all righteously stunned. "They tormented the girl so badly that she committed suicide!? Then the perpetrators actually posted more cruel comments on the victim’s Facebook memorial page!!!"

Considering what passes for entertainment and bonding around the water cooler, the sidelines at the game, the teacher lounge, the TV, the blogosphere, why are we surprised? It would be more surprising if kids growing up in our Culture of Cruelty turned out to be something other than cruel.

I know it’s harsh to think that the enemy is us... but we might as well own it because until we do we are cluelessly fueling the problem. And any attempts to minimize school bullying, turn a blind eye, or infer that it’s just "kids being kids" misses the point and blows yet another opportunity to turn the ship around.

Blackberry vines have rooted amongst my rose bushes. If I simply curse them or pluck a leaf here and there, that won’t stop the spread of vines (which will totally take over if I permit it). I’ve got to get in there on my hands and knees, deal with the thorns and dig out those suckers and all their damn roots.

Same applies to bullying. Not only are parents and teachers responsible for rooting out malevolent behavior between kids whenever we see it, hear about it or sense it. But we adults who live and work with kids have the moral obligation of watching our own mouths and attitudes... all the time. Otherwise "Respect, Compassion and Social Responsibility" is just a school motto and the dirty truth is that we’re teaching something else.

SchoolFamily has not set their biography yet

What Do Standardized Test Scores, and Percentiles, Mean?

Accommodating for a Spelling Disability

What Is a Language Learning Disability (LLD)?

#5 rich 2010-06-18 02:03
I agree with you, but I feel that a majority of the responsibility needs to lie with the parents. Parents need to watch their own actions...child ren mimic what they see. As a professional working with children I make it a point to set a good example...paren ts need to do the same thing and stop assuming that their 'perfect' child could never do anything wrong.
#4 Sensei J. Richard Kirkham B.Sc. 2010-06-12 20:16
My second post here. Not sure where my first one is, but education is definitely the key. Teachers administration and parents need to be taught the symptoms of a child being bullies and that it IS NOT okay to bully other children