If your child struggles in school, these ideas that reinforce learning at home can make a real difference.

Gaetane Borders tells the story of a 3rd grade boy who was still counting on his fingers at the start of the school year. By the end, the boy had mastered about 70 percent of his grade-level math. He did it thanks to a routine of flash cards, practice drills, and sticker rewards at home and school.

Often, simple steps like these can help struggling children succeed in school, says Borders, a school psychologist for the DeKalb County Schools in Georgia. And it’s never too late to help your child raise his grades or test scores. But you can’t be reluctant to address test and grade problems early. “The minute there is an indication that a child is not doing well in a subject, that’s cause to sit up and do something,” she says.

A good first step toward helping your child perform better in school is to make sure he understands his homework as he’s doing it. For math, for example, have him do questions one through five with you to make sure he’s on the right track. Then he can do the rest of the page solo. “It’s so much easier to correct three wrong answers than 25,” Borders says. “It keeps [children] from getting overwhelmed.”

If the issue is reading, have your daughter read three pages and talk about what she’s read. That’s better than having her read the whole chapter and then realize that she can’t answer the questions at the end. “Once that self-esteem starts to falter, it’s hard to get successes,” Borders says. “You don’t want them to get too frustrated.”

If you notice that your child is having trouble with, say, science, ask him to do his homework and then talk to him about what he’s done. “I call it the takeaway,” says Dom Giordano, a former high school teacher in Philadelphia. “You ask: What was absolutely essential about this? What was the most important thing you learned? What did you have a hard time with?”

The method doesn’t have to take a long time, but it gives parents an opportunity to see where their children might be having difficulties and to focus in on those problem areas. “With the constant repetition, the light bulb goes off in different ways,” says Giordano, who taught for 20 years and is also the host of a local radio show on education and other topics.

Poor note-taking can also be an issue. “Note-taking is a learned skill that takes practice,” Giordano says. Make sure your child knows that the teacher will write key points on the board or emphasize them with her voice. Giordano also suggests asking the teacher to review your child’s notes to see whether he is focusing on the most important parts of a lesson.

When students struggle, it often turns out that they have missed key skills somewhere along the way, says Jamie Puntumkhul, who founded a Miami-based tutoring company, JLP Education Services.

“If you have a 5th grader who is having a hard time with fractions, we go back two grade levels and comb through their existing skills,” says Puntumkhul. “When we see where there was a problem, we stop and help them master that skill. It’s like a physical with a doctor to make sure everything is OK.”

Sandy LaBelle, who develops classroom management systems for teachers, uses many lessons from W. Edwards Deming to help students succeed in school. Deming was a professor and business expert known, in particular, for helping Japanese carmakers build a reputation for efficiency and quality.

LaBelle refers to one of Deming’s principles as good for parents to keep in mind: If you want the best work possible, involve your workers with important decisionmaking. For example, she says, you could ask your child “what can we do to raise your grades?” or “do you think it might help if we did flash cards 15 minutes a night?”

“Do whatever you can to make it as much their idea as possible,” says La Belle, who taught K-12 grades for 32 years. “When you tell someone what to do rather than ask them what they think they should do, there is a huge difference in cooperation.”

Another important thing parents can do is to ensure there is a good routine for studying and homework, says Ronald Dietel, author of the book Get Smart! Nine Sure Ways To Help Your Child Succeed in School. Getting an older child her own calendar or organizer can help her keep track of assignments. Students of all ages often benefit from doing their homework at a set time and place.

First, it’s important to eliminate distractions like TV and toys. The best place for homework is one where kids can work by themselves but parents can supervise. “What you’re hoping to do is set up a system that will allow them to work independently,” Dietel says.

Even if your goal is to raise your child’s grades, praise effort instead of performance. If your child typically struggles with writing essays but turns in six pages instead of his usual three, point that out. “You can say, ‘Wow, I can tell you really went all out on that essay,’ ” Dietel says. If your son usually has a hard time working without being nagged and he does his homework independently, make a note of it. “You can say, ‘I just noticed that I didn’t have to remind you to do your homework—that’s great!’ ”

Dietel also makes a comparison between leisure activities and schoolwork. If your child spends hours practicing his guitar licks, Dietel suggests, note the similarity between that hard work and the effort of schoolwork. If he wants to quit soccer when games get more competitive, encourage him to stick it out for another season. “Out-of-school activities can reinforce the same kinds of learning that we hope they do in school,” Dietel says.

If your child seems to have difficulty with a particular class, don’t be afraid to ask for a meeting with teachers and the school psychologist first to see whether there is an underlying learning disability. “The phrase ‘learning disability’ scares away a lot of parents, but it just means that the child learns differently,” Borders says. “Uncovering that can be the key to starting toward excellence.”

Pamela Charles was not surprised when her son Isaiah’s teachers started telling her he was having trouble with reading comprehension.

“We could see he was having comprehension problems just in everyday family life, following regular conversations,” says Charles, who lives with her family in Rockland County, N.Y. “We’d be talking about going shopping and he’d say something all of a sudden about having a pizza party on Monday.”

In school, if there was a lesson about Pluto, for instance, Isaiah would miss the main point that Pluto is no longer considered a planet. Charles says she noticed that during homework, he would struggle with tasks that required critical thinking.

So how did he do it? Charles says she worked with her son to help him understand what he was reading, no matter what the subject.

If he answered a question about a history text, she’d have him go back to the chapter and underline where the answer was found. She encouraged him to go to the dictionary to look up words he was unsure about. If he was struggling with a homework problem, she advised him, “Ask yourself the question three times, and if you still can’t figure it out, come and get me.”

“That gave him more direction and more confidence,” says Charles, who approached the problem as a parent and an educator—she works as the principal of a school for emotionally disturbed and learning disabled children. “Even if it wasn’t complete when I got to him, he had gotten some of it done himself.”

Jane, a mother from West Caldwell, N.J., realized something needed to be done last year when her son’s 3rd grade standardized test scores were on the lower end of “proficient”—not failing but too close for comfort.

“His issue has always been that he rushes through his work because he wants to be done with it,” Jane says. (To protect her son’s privacy, she asked that her real name not be used.) The boy might rush through a math test so fast that he even skipped questions, or he’d write an essay so quickly that his sentences were too simple.

With her son’s teacher, Jane worked out a chart system of daily goals: Did he take time on each task? Did he participate in groups?

“It makes him aware and at the end of each school day the teacher looks at the chart with him,” says Jane. The teacher, knowing his love for rock music, developed a music theme to track his progress. If he meets all his goals, the chart says “Rock and Roll.” If he’s not doing so well it says “Not Making the Band.”

So far, the idea seems to be working.

“He’s definitely more responsible and more confident,” she says. “He gets it now.” 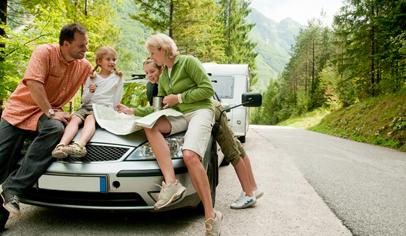