Back to School: Fun Facts 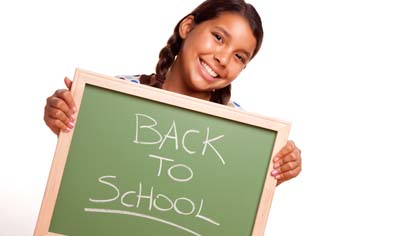 Fast facts about going back to school from the U.S. Census Bureau.

That's the amount of money spent at family clothing stores in August 2010. Only in November and December were sales significantly higher. Similarly, sales at bookstores in August 2010 totaled $2.2 billion, an amount approached in 2010 only by sales in January.

The number of children and adults enrolled in school throughout the country in October 2009 — from nursery school to college. They comprised 27 percent of the entire population age 3 and older.

Percentage of 3- and 4-year-olds enrolled in school in October 2009.

Percentage of children 3 to 6 enrolled in kindergarten who attended all day, as of October 2009.

The projected number of students to be enrolled in the nation's elementary through high schools (pre-kindergarten-12th grade) this fall.

Percentage of elementary through high school students who belonged to a minority population as of October 2009.

Percentage of students ages 12 to 17 who were academically on-track in 2006, up 8 percentage points from 1998. The odds of being on-track were 48 percent higher for these students if they were in a gifted class and 34 percent higher if they had never been suspended or expelled from school. (Students were considered to be academically on-track if they were enrolled in school at or above the grade level appropriate for their age.)

Percentage of 12- to 17-year-olds who were highly engaged in school (children reported as liking school, being interested in school and working hard in school) in 2006, up 5 percentage points from 1998. For 6- to 11-year-olds, the respective increase was from 56 percent to 59 percent.

Number of school-age children (5 to 17) who spoke a language other than English at home in 2009; 8 million of these children spoke Spanish at home.

Average number of children participating each month in the National School Lunch Program in 2009.

The nation's total apple production, in pounds, in 2010. The chances are good that the apples your children present to their teachers or enjoy for lunch were grown in Washington state, which accounted for more than half of the nation's total production.

The projected number of students enrolled in the nation's colleges and universities this fall. This is up from 14.4 million 20 years ago.

Percentage of all college students 35 and older in October 2009. They made up 37 percent of those attending school part time.

Percentage of college students who were women in October 2009.

Number of degree-granting institutions of higher education in 2008-2009.

The number of public charter schools nationwide in 2008-09. These schools, exempt from selected state and local rules and regulations, enrolled 1,433,116 students.

Teachers and Other School Personnel

Number of teachers in the United States in 2009. Almost 3 million taught at the elementary and middle school level. The remainder included those teaching at the postsecondary, secondary, preschool, kindergarten levels, special education and other teachers or instructors.

Number of computers available for classroom use in the nation's schools as of the 2005-2006 school year. That works out to one computer for every four students.

Average tuition, room and board (for in-state students) at the nation's four-year public colleges and universities for an academic year (2008-09). That was more than double the cost in 1990.

Average tuition, room and board at the nation's four-year private colleges and universities for one academic year (2008-09). That also was more than double the cost in 1990.

Rewards of Staying in School

Average starting salary offered to bachelor's degree candidates in petroleum engineering in 2009, among the highest of any field of study. At the other end of the spectrum were those majoring in a social science, who were offered an average of $36,217.

Projected number of high school diplomas that will be awarded in the 2011-12 school year.

Number of college degrees expected to be conferred in the 2011-12 school year.

Among K-12 students, the percentage with a parent or other household member who attended a general school or PTO/PTA meeting during the 2006-07 school year. Additionally, 65 percent had such a relative who participated in school fundraising and 46 percent who volunteered to serve on a school committee. 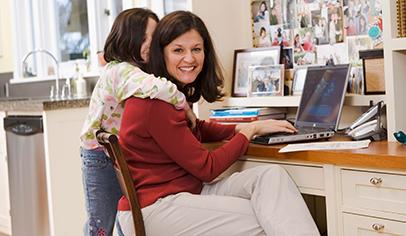 Tips From the Principal for a Great Year