Can Food Help You Learn? 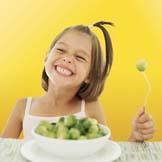 Eating certain “brain foods” might make your kids smarter...but research shows they’ll be better off with a balanced diet, a good breakfast, and regular physical activity.

From magic supplements to miracle diets, there’s no shortage of hype surrounding the things we eat. Some claims are for real: The calcium in milk really does strengthen bones. Many others are half-truths or have little or no scientific basis. One thing that scientists do agree on, though, is that what your child eats can affect how well he does in school.

Research into how food affects brain function has received a lot of media attention in recent years. For instance, you may know that omega-3 fatty acids, found primarily in fish as well as some nuts and seeds, are important for memory, brain function, and behavior. So should you serve fish on the night before a big test? Or should you stock up on foods containing vitamins B1, B6, and B12, zinc, and iodine—all of which may influence how well we are able to pay attention, recall words, and perform mathematical tasks?

While it’s important to get enough of these vitamins and minerals, there isn’t much evidence that getting more than the recommended amounts will make a positive difference. What does help is making sure your child gets a balanced diet and eats breakfast. Staying physically fit also plays a big role.

Everyone should eat a balanced diet, but it’s especially important for children and adolescents, whose bodies and brains are still growing. The brain develops best when it gets the right nutrients at the right time, says Steven Zeisel, a medical doctor and director of the University of North Carolina’s Nutrition Research Institute.

Giving children a wide variety of foods ensures that they get the substances they require for healthy growth, when they need them. It’s especially important to start early with a broad and balanced diet—particularly for picky eaters, who are usually willing to continue having foods they ate in younger years even while they limit trying new ones. “Start early for better luck later in life,” Zeisel says. For parents of finicky eaters, getting a few extra things into the rotation can make a big difference.

Another reason experts recommend a balanced diet is that this is a new area of research and there’s still a lot to be learned. “We’ve probably only identified the most obvious [important nutrients], but there are others,” says Zeisel. “We only know the tip of the iceberg.” That means that while eating fish might be beneficial because of the omega-3 fatty acids, you’re likely to miss out on other important substances by limiting your diet.

Good nutrition overall is one of the most important pieces in kids’ ability to do well in school, but it’s not the only part of the equation. There’s even more scientific support for the value of breakfast for brain function.

According to dozens of studies from researchers around the world, the most common reason that children do less well at academic tasks is because they’ve skipped breakfast. They also have more behavior and attention problems, at school and elsewhere. Missing that first meal of the day can make your son slower at recalling his vocabulary words and figuring out those prealgebra math problems—not to mention make him irritable and more easily frustrated.

On the other hand, it really shows when students regularly eat a healthy breakfast: They score better on standardized tests and are better at problem-solving. Their memory and vocabulary skills improve. They make fewer mistakes in mathematics, and they are able to complete the work more quickly.

“It has to do with synthesizing the energy the brain needs,” Zeisel says. “If you’re not eating well and you’re low on those energy stores, your brain is the first place to perform poorly.”

Of course, this meal should be as well-balanced as any other. A breakfast high in refined sugar might give your daughter the energy to get through her first class of the day. After an hour or two, though, she’ll be sluggish—and probably hungry again. A breakfast that also includes some complex carbohydrates and protein is more likely to give her body and brain the fuel they need.

For help figuring out what makes a good meal, Zeisel recommends following the U.S. Department of Agriculture’s dietary guidelines for children. “The bottom line is, don’t have your kids fill up with meaningless calories and snack foods,” he says. “Try to have them eat the regular foods you should be eating.”

Eating a good breakfast and including a large variety of foods in all meals will help your child’s brain work better, which might mean a better report card. But brain health doesn’t just matter at mealtimes—for maximum mental performance, you have to get the body moving, too.

Exercise “readies the learner to learn,” says John Ratey, a clinical associate professor of psychiatry at Harvard Medical School and author of Spark: The Revolutionary New Science of Exercise and the Brain. Among other things, physical activity increases attention, memory, and the ability to process information, and it decreases fatigue and restlessness.

“It works to rally our cells—nerve cells—to bind one to another, and this is the building block of learning. Exercise increases the plasticity of the brain, and plasticity means the brain changes, and learning means we change our brains,” Ratey explains. “Exercise helps create that environment amongst the cells better than anything else we know of at this time.”

Much of the research about physical fitness and brain function has focused on older adults with conditions such as Alzheimer’s disease. But the brain-body link has been reinforced by several recent studies among children. In 2005-06, for example, researchers in Michigan followed 200 students in 6th grade. The kids who engaged at least three times a week in vigorous physical activity—enough to raise their heart rate—performed about 10 percent better than their classmates in math, science, and English.

The findings of a 2007 study at the University of Georgia were dramatic, too. Those researchers took 94 overweight children, ages 7 to 11, and sorted them into three groups: one group did no additional exercise, one group did 20 minutes of aerobic exercise per day, and another did 40 minutes per day. After 15 weeks, the children who had done the most physical activity also showed the most improvement on problem-solving and standardized academic tests.

No matter their age, Ratey says, all kids need a session of vigorous, constant movement every day. For children younger than 11 or 12, it should be fun and feel more like recess—playing kick the can or dodgeball, for example. “They should just be enjoying moving,” he says. Older ones can take advantage of more structured exercise or sports programs.

Whether it’s an extracurricular sports club, PE at school, or games at the local park, physical activity has benefits beyond academic performance. Along with exercise, eating well at breakfast and throughout the day will help your children do better in school as well as keep them healthy all around. But making your kids smarter isn’t really so much about focusing on special foods and practices to give them an edge; nourishing and strengthening your child’s body will do the same for her mind, far more than any serving of “brain food” will. 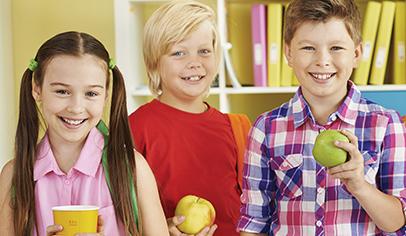